Interested in getting into the sport at Gippsland?
Contact the Gippsland Go Kart Club, Karting Victoria or Karting Australia and we will be happy to help!

A meeting was called for people interested in forming a go kart club in the Latrobe Valley. This was held at the Church hall in Traralgon, on the site where the Saloon Bar currently sits. The meeting took place on 16 February 1983 – Ash Wednesday. Noel and Pam Morrisby called the meeting and were late getting there due to road blocks caused by the fires. At this meeting they were elected President and Secretary with those attending this first meeting made honorary members of the “Latrobe Valley Kart Club”.

Lloyd Wicks and his sons Mark and Grant were at the meeting and they are possibly the only people from that first meeting still involved in the sport. (Not 100% sure, but Ken Bright and Rob Bumpstead might have been there, or the 2nd meet the following month – not 100% sure of any others)

Soon after, the club held it’s first race meeting – an “Open” in the North car park of the Mid Valley Shopping Centre. It was a day/night meeting and attracted the main Melbourne drivers. Alan and Rob Bumpstead competed, as did Greg Smith, John Lord, and the Ritter brothers Michael and Greg (in sub-juniors) as well as many others.

Club racing was held at the Morwell Hillclimb in 1983-84. Club members Barney Hogan and Nigel Brockelsby did an enormous amount of earthworks at the track to allow karts to race. It was like a mini Bathurst, but was so narrow that at part of the track racing had to be single file! The VKA eventually stopped the racing there due to safety concerns and the club was trackless for a few years until the Tramway Park circuit opened in 1988. A number of members traveled the state and competed at Geelong, Oakleigh and Brooklyn until the local circuit was ready.

As part of promoting the sport and growing its membership, the club ran numerous meetings in the SSW Shopping Centre car park in Sale in 1986.

In 1987 a new track at Tramway Park was built and the first open meeting was held 14th February 1988. On 10th December 1989, the club put on the ‘Wings & Wheels’ spectacular on the RAAF base in Sale. This used the runways and taxiways on what turned out to be a high speed layout that again attracting the state’s top karters. 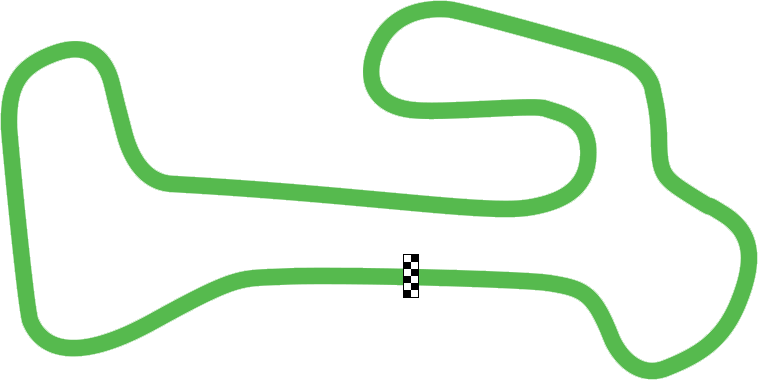 JOIN THE GIPPSLAND GO KART CLUB TODAY!
And get started in the sport of Karting!