The GVKC was established in 1959, within years of the sport of Go Karting being introduced to the world, and is one of the oldest clubs in Australia. The facility is well known among the Karting community and the National & State events held at the facility are always well supported and applauded for our ‘country’ atmosphere.

The GVKC will be conducting two ‘Open’ entry meetings this 2007 season:

The event comprises of 16 classes, for senior and junior (including provisional) drivers, competing over 2 days of racing, including 2 heats, a pre-final and the final. Competitors will race for the honour of the Australasian Kart Title of their class and be awarded a RED racing plate along with a pewter cup trophy.

The club has also been awarded an additional ‘open’ meeting this year. The GVKC Cup will be conducted on 20th May 2007. This meeting is a State recognised meeting, although has the potential to draw competitors from southern NSW and South Australia. The event will be run in a similar format to the Australasian Kart Titles. However, this is a one day event that will be limited to a maximum of 10 classes at the clubs discretion. We will be promoting Midgets and Rookies as the feature classes of the meeting. Also the ever popular Vintage Karts class will display engineering and design from the past 5 decades of Go Kart racing. Please check the GVKC Cup Supp Regs for all the details of this race meeting.

Our Open meetings are complimented by a competitive Club Day race series. The GVKC conducts monthly club race meetings, which generally attract 30 to 40 drivers, plus crew, family and spectators. The VKA rules for club days have been expanded this year allowing us to invite 2 other clubs to our meetings, which will be promoted as an in-house-Championship over 5 rounds. Our club days are conducted on a Saturday, so as not to clash with other clubs who run on a Sunday giving our Members plenty of opportunity to go racing.

The Club has a well established history of breeding future champions in many facets of motor racing, while maintaining a strong focus on improving the driving skills of all competitors, a large percentage of who are junior drivers under the age of 16 years old. In fact, the club has a diverse membership ageing from 6 years to 65 years old, many of who not only race at club level, but also compete in numerous State, National and International championships. We are proud of the achievements of club member Glenn Powles, who has recently competed at an International level, racing in the World Championships at Macua.

The Club is a valuable asset to the local community, creating a unique avenue for tourism for the Numurkah, Goulburn Valley areas. This compliments the local supporter base, which includes over 50 local members, plus families, crew and social members. The natural bush-land setting is a favourite of all visitors, with camping (including shower facilities) and full canteen facilities well utilized during major events at the circuit. The Numurkah Raceway and surrounds are always well presented and provide a great environment for competitive Karting for drivers and spectators alike. Spectator embankments are complimented by undercover areas (with heating) and provide a full view of the track from all aspects.

The roaring success of V8Supercar in Australia continues to filter down into all categories of motor sport, as people seek to participate at a level that suits their lifestyle and budget. Go-Karting will continue to ride the back of this success as a genuine feeder category. Several Go-Kart and engine manufacturers / suppliers are well established in the country and will continue to cater for the needs of Go-Karters and the sport. It is this popularity that gives the GVKC every confidence to undertake the goals we have set for ourselves over the next 12 months, to cement the GVKC and the Numurkah Vic track as a major player on the Go-Karting calendar.

We eagerly look forward to assisting GVKC members and visitors get the most out of their Go Karting experience. For further information, please contact GVKC Club President: Michael Scott. Ph: 0401 092 257 or Email: gvkc@streetcommodore.com 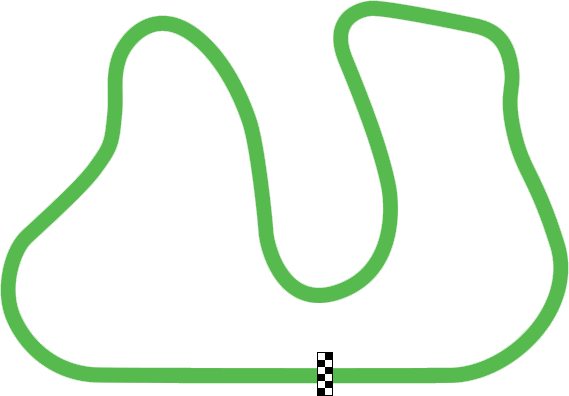 JOIN THE ALBURY-WODONGA KART CLUB TODAY!
And get started in the sport of Karting!