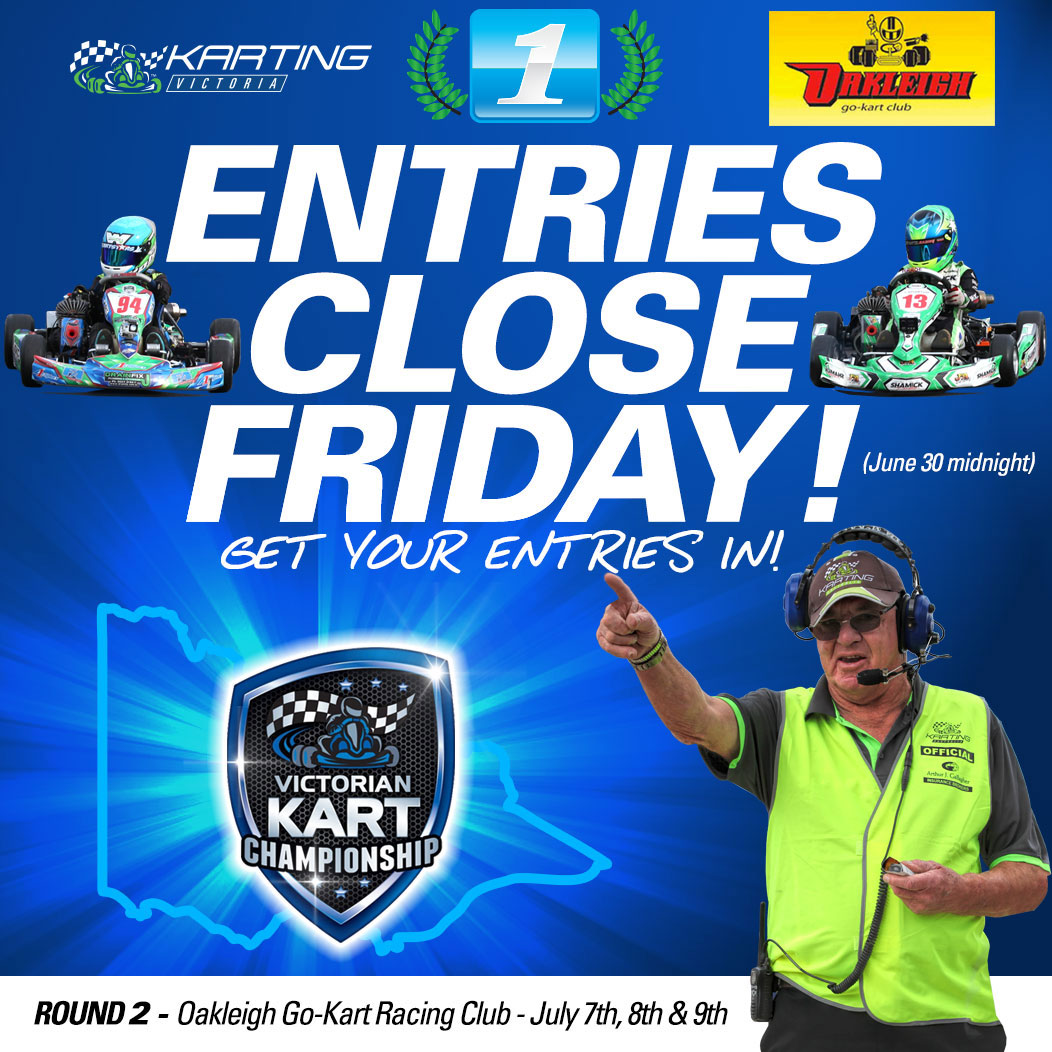 A reminder that entries close THIS FRIDAY (30/6/2017 at midnight) for the finale of the Victorian Kart Championship with Round 2? being held at the Oakleigh Go Kart Racing Club? (Deals Rd Reserve, Deals Rd, Clayton) from the 7th to the 9th of July.
So make sure you download the event Supp Regs, get ready and get your entry in to be apart of all of the racing action at Round 2!

The 1st Round at Eastern Lions Kart Club produced some awesome close racing and a mix of different winners across the heats and finals, which has lead to a very tight battle in the points for the championship placings across most classes. The championship is still wide open, Round 2 is sure to be a great spectacle and one not to be missed! 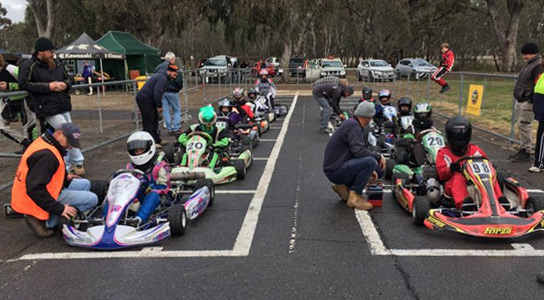 An June Club Day round up from around the Clubs has been added to the news section. See the article to see what happened from the clubs Club Day racing. 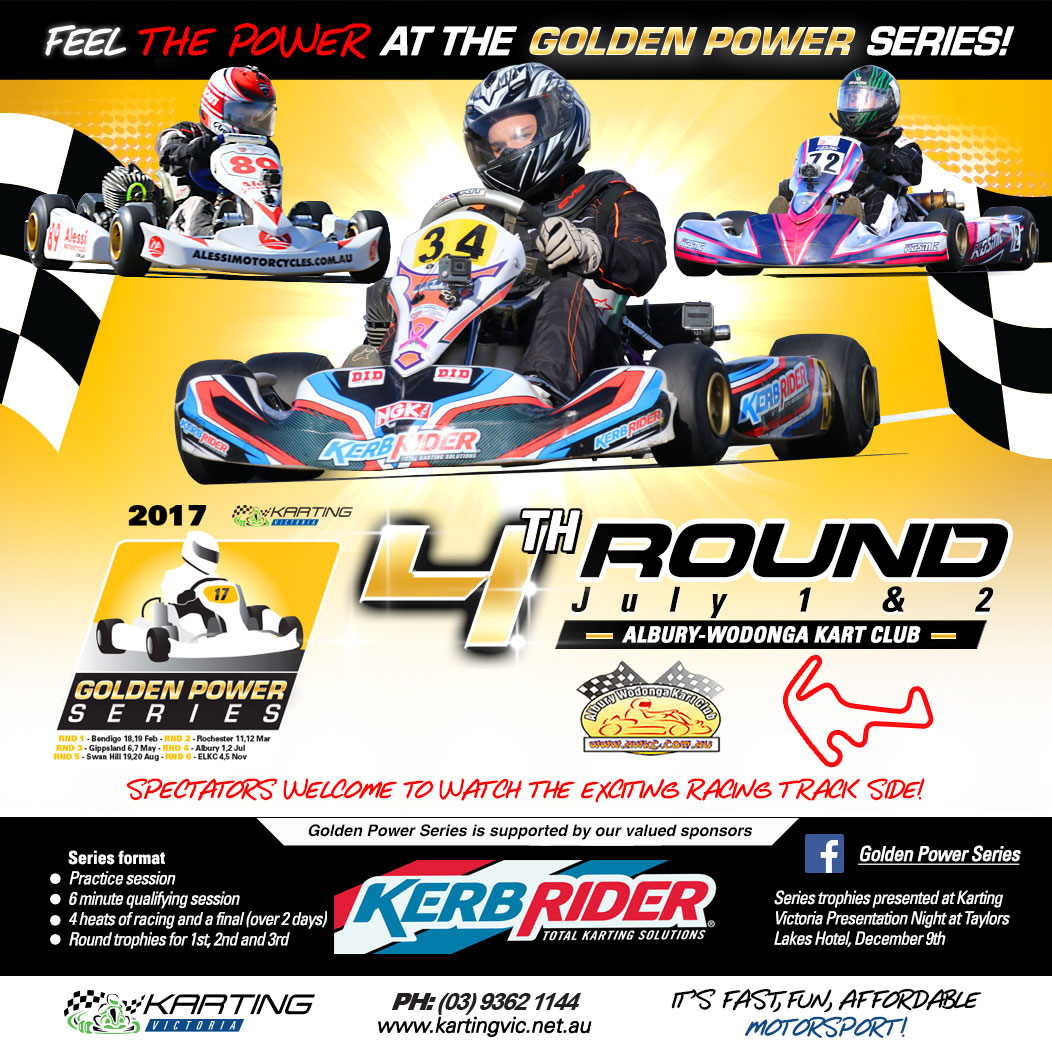 There has been some outstanding racing across the opening 3 rounds at the Bendigo Kart Club, Rochester Kart Club and Gippsland Go Kart Clubs and that looks set to continue as the series heads to Albury with its exciting new track extension.

Round 4 will be the start of the second half of the series with a lot of racing still to be run and plenty of series points on the table for drivers to score that will go towards deciding this years Golden Power Series champions!