Heading into the final round Morgan Feast held a 27 point lead over Leigh Nicolou, with Zac Soutar a further 3 points behind with Troy Alger also in with the chance to finish in the top 3.

Heat 1
Championship leader #39 Morgan Feast charged through from 5th position to take the victory in heat 1 by .3 of a second over #72 Toby Pope and #13 Troy Alger 3rd, with a DNF to championship contender Nicolaou.

Heat 2
Into turn 1 for heat 2 and contact was made between #52 Matthew Beninca and #98 Rohan Kinens both ending up in the sand trap with a DNF. It was a close nose to tail battle between Alger, Soutar, Feast, McCulloch and Nicolaou until Feast was able to get clear in the final stages going on to win by 1.9 seconds from Soutar with McCulloch 3rd. 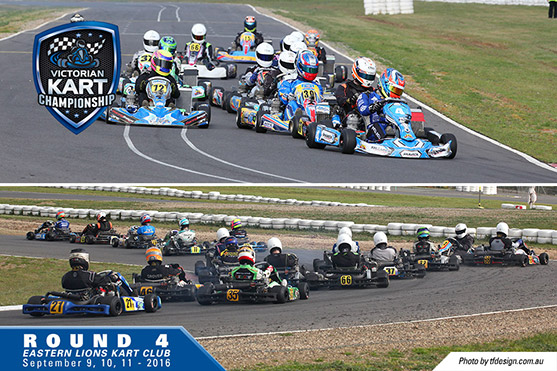 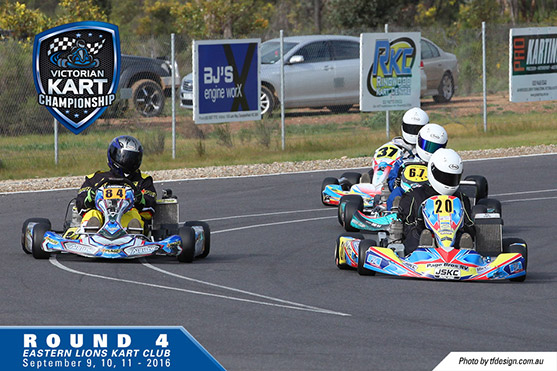 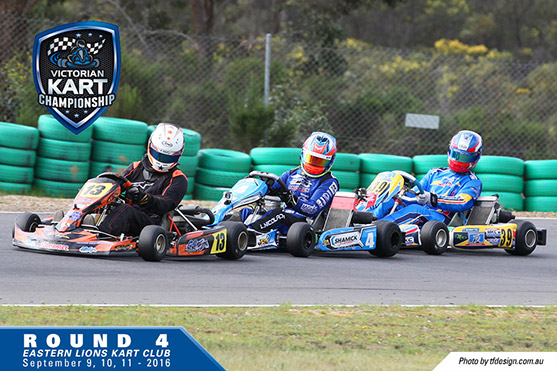 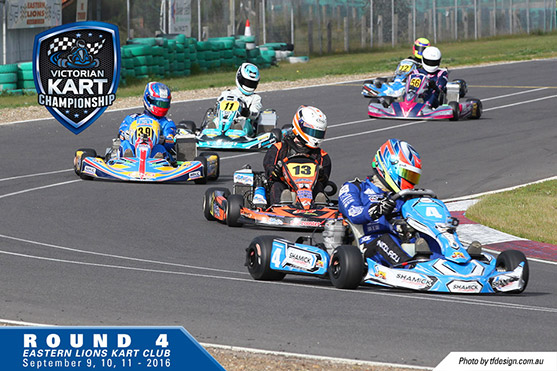 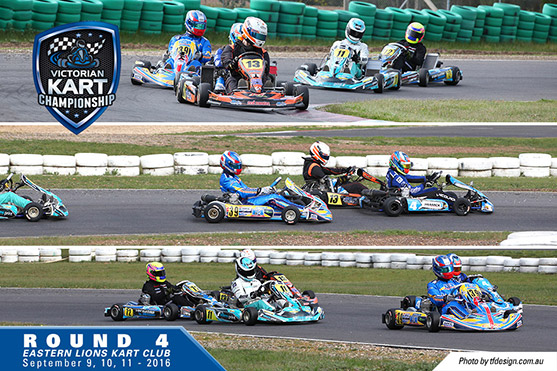 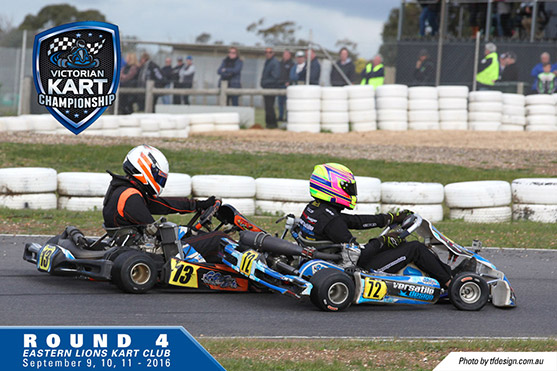 Pre Final
In the pre final Morgan Feast made it 3 wins from 3 starts winning by .4 of a second from Toby Pope and Troy Alger. 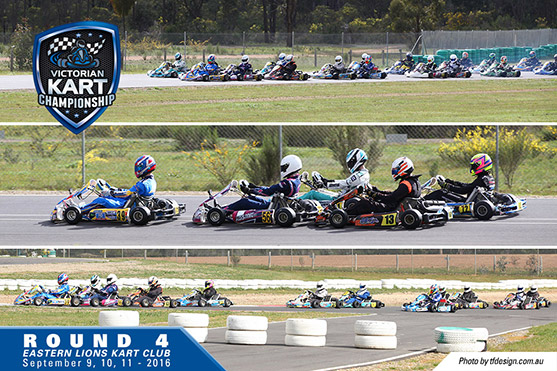 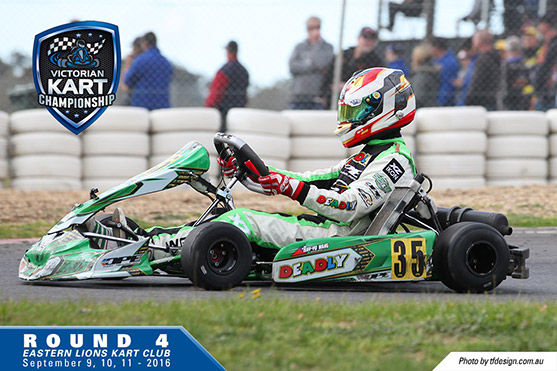 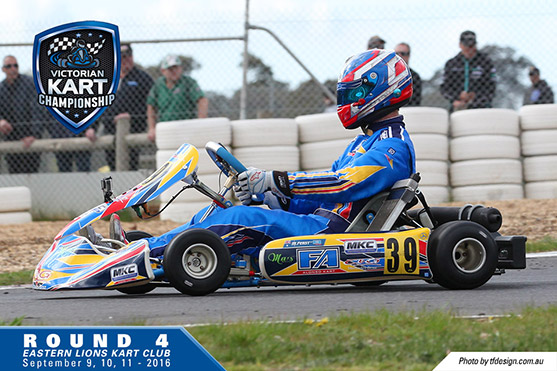 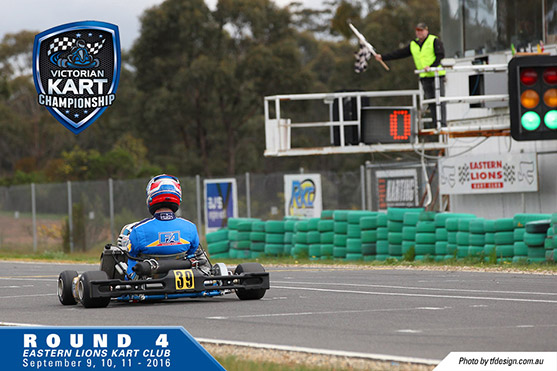 There was carnage at the start of the TaG 125 Light final with the field really tight and bunching up multiple incidents occurred in turns 1 and 2 which would see championship leader Morgan Feast shuffled to the mid pack but that didn’t stop him from working his way to the front of the field. Out front it was a great fight between Nicolaou, Alger, Pope and Beninca. On the second last lap Beninca made a move up the inside of Nicolaou into the last right hander and there was contact made which Nicolaou was not happy about. Beninca going on to take the victory from Nicolaou, Pope in 3rd and Feast putting in a excellent recovery drive to reach the front after being mid pack at the start to clinch the championship in what was one of the best races of the day you would not see any better racing in any other form of motorsport. 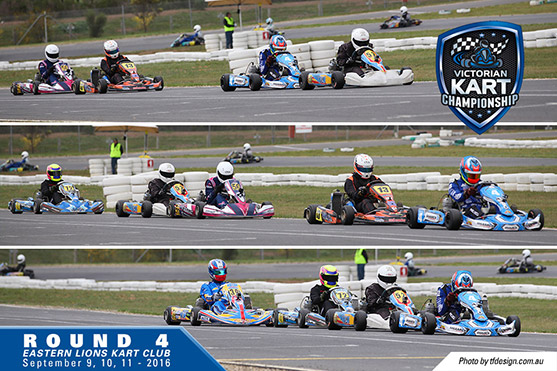 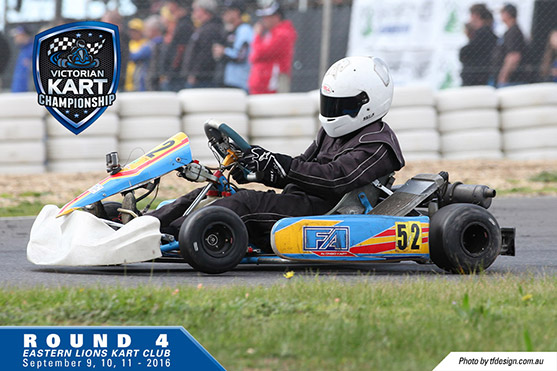 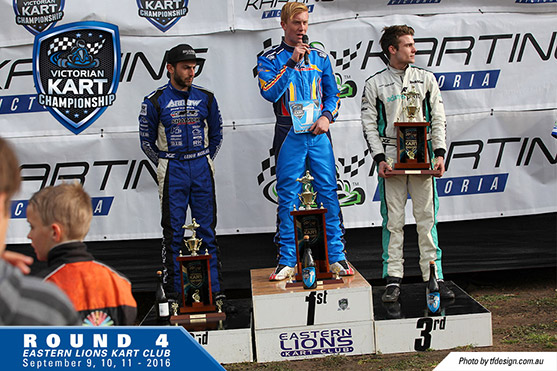 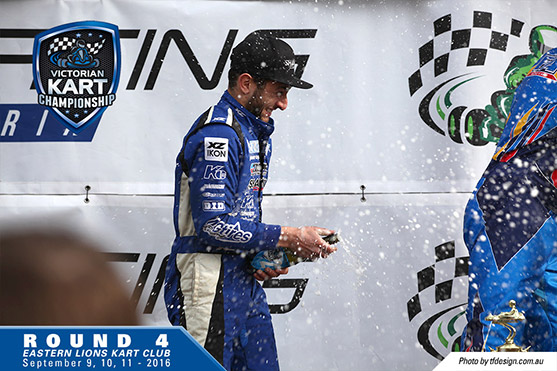 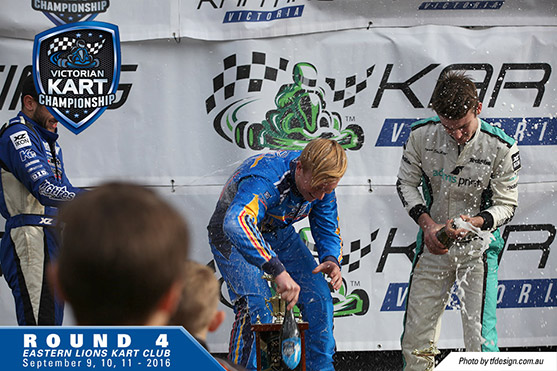 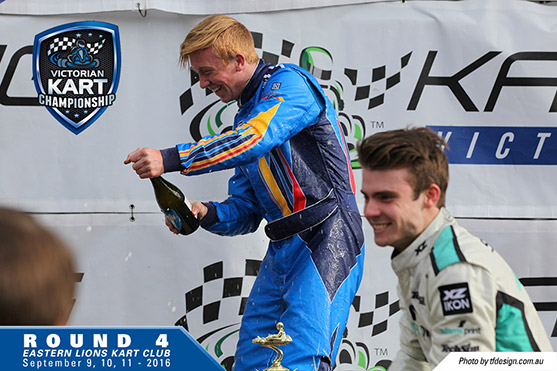