14 drivers lined up for the final round of the KA4 Junior Light class, with Joshua Smith holding a commanding 70 point lead in the championship ahead of Cooper Webster and Beau Harris.

Heat 1
#12 Joshua Smith took the win after qualifying 2nd on the grid ahead of #34 Cooper Webster and #76 Emerson Harvey.

Heat 2
Would see a great 5 kart battle for the lead between Cooper Webster, Joshua Smith, Jay Hanson, Jai Stephenson and Emerson Harvey all racing close, eventually Webster taking the win by 8 tenths of a second from Hanson and Smith. 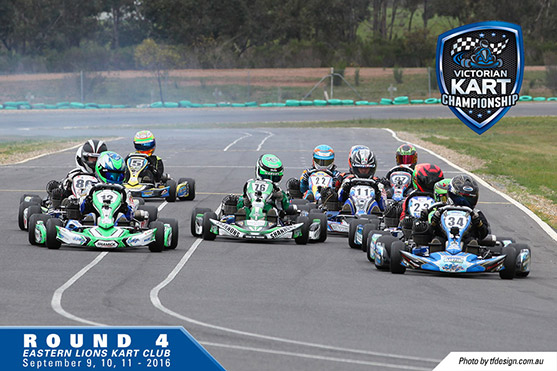 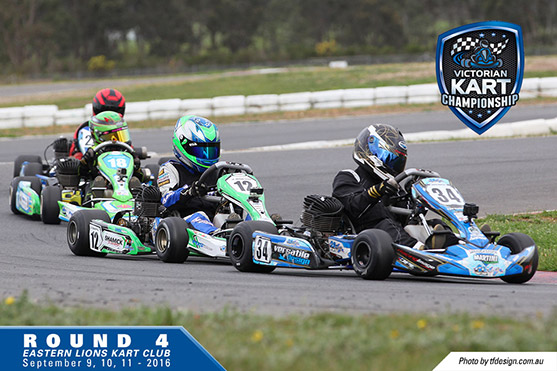 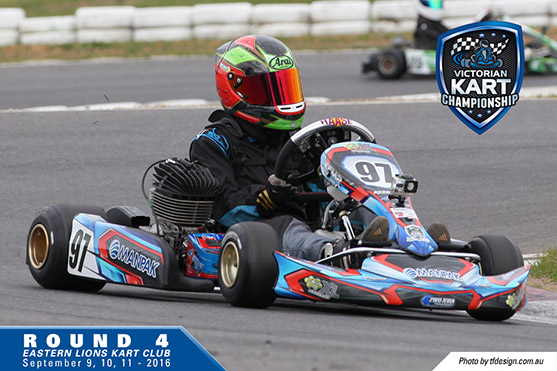 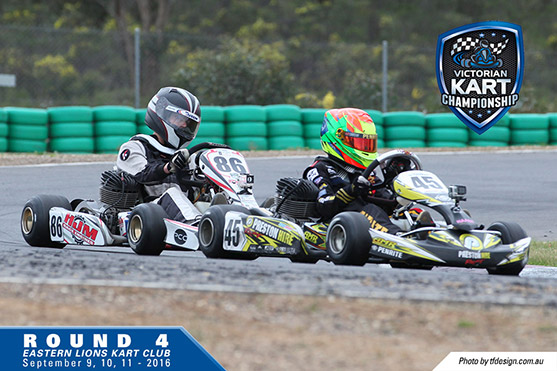 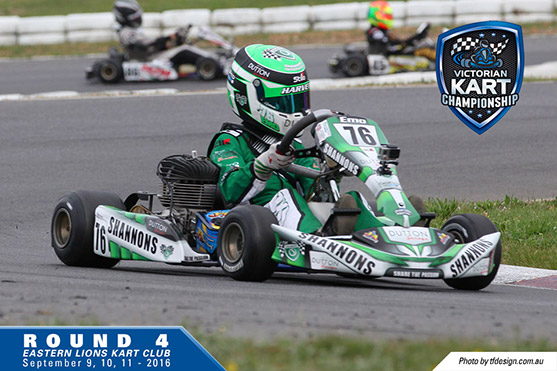 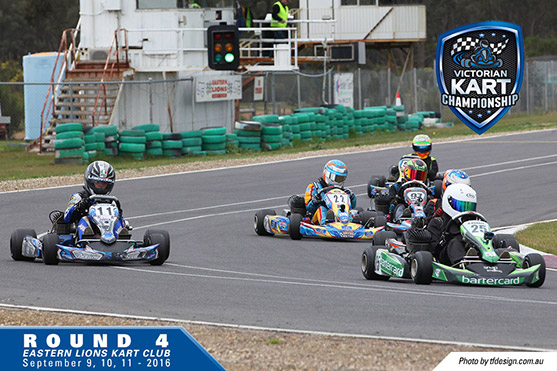 Pre Final
The pre final would see a cracking race between Smith, Hanson and Webster, with Hanson taking over the lead mid race. Webster sat on the tail of Hanson followed by Smith until the last lap when Webster got buy at turn 2 with Hanson immediately trying to come back, Smith then went for a pass down the inside of Hanson at the last right hand turn making a small amount of contact with Hanson which forced the chain to come off Hansons kart forcing him out with a DNF two corners from the end of the 15 lap race. 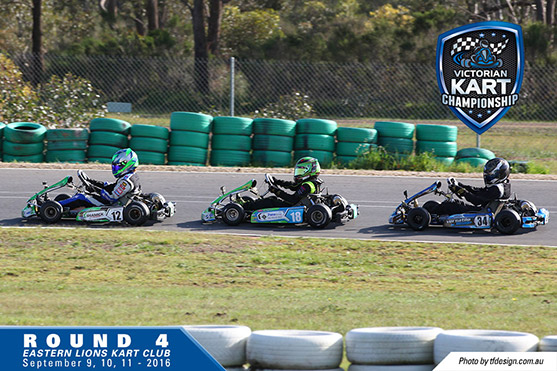 #12 Joshua Smith, #18 Jay Hanson and #34 Cooper Webster had a great battle in the pre final with Hanson dropping a chain after fighting for the lead only 2 corners from the finish 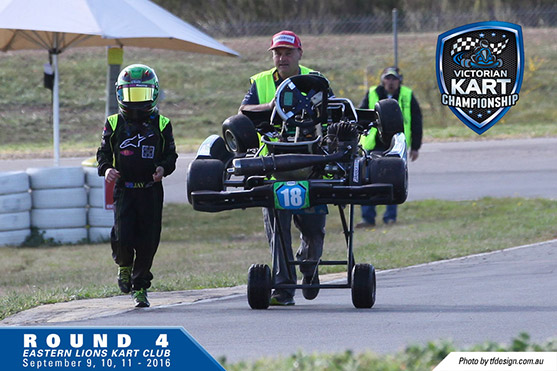 Like the pre final again it would be Smith, Hanson and Webster battling hard out front clear of the pack. With some fantastic racing throughout the race the drivers were nose to tail coming onto the last straight, with Smith and Webster using the draft and getting a good run on Hanson on the run to the finishing line with the 3 drivers 3 wide crossing the line, it was Smith pulling off one of the smallest margins of victory and closest wins ever seen in any motor race in any category winning by .001 of a second over Hanson who was .072 seconds ahead of Webster at the line in what was an amazing finish. 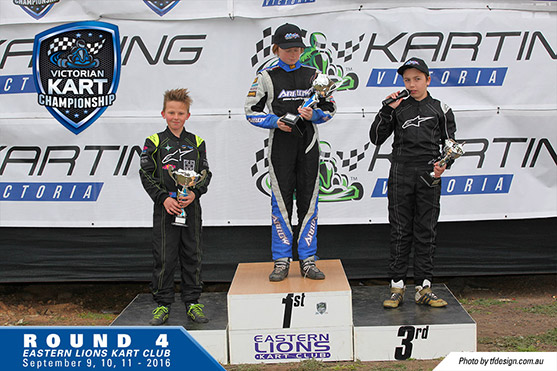 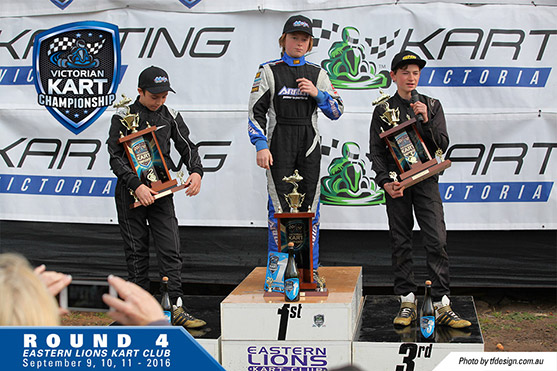 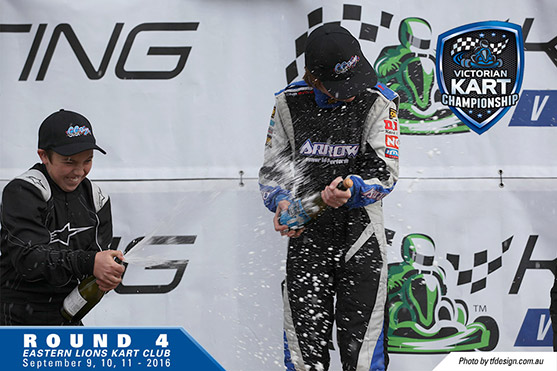 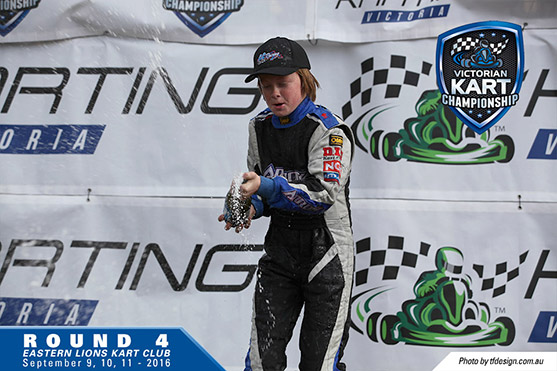 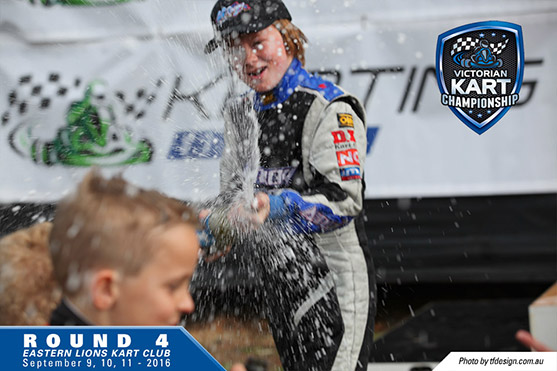