As there was in Round 3 a field of 9 of the youngest drivers of the weekend were competing in the Cadet 9 class. Ruby Gibson entered the weekend with a 2 point championship lead over Fraser Carr with Jesse Lacey 16 points behind and Ayrton Filippi, Liam O’Donnell and Toby Dvorak all still within striking distance of having a chance to win the championship if things went their way.

Heat 1
After qualifying on pole position Harry Arnett would clear out to take a big 5 second victory in heat 1 ahead of Toby Dvorak, Fraser Carr and Ayrton Filippi who were all battling close together during the race.

Heat 2
In heat 2 again Arnett proved too quick taking victory by 6.8 seconds while Carr, Dvorak and Filippi battled for it out for 2nd and third. Ruby Gibson was unlucky to make contact with another driver resulting in a spin into the sand trap finishing her race with a DNF. 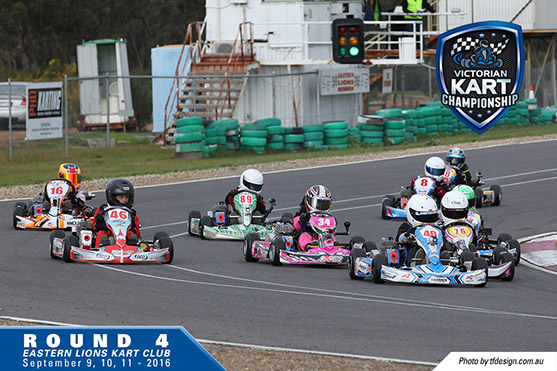 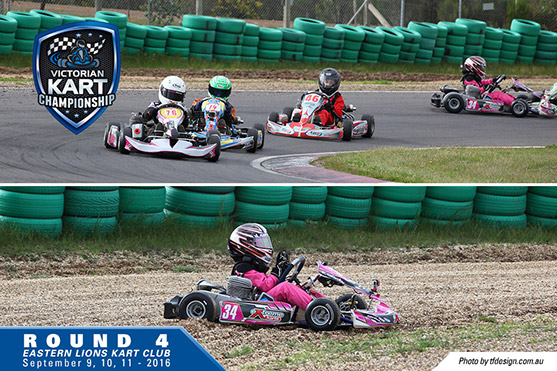 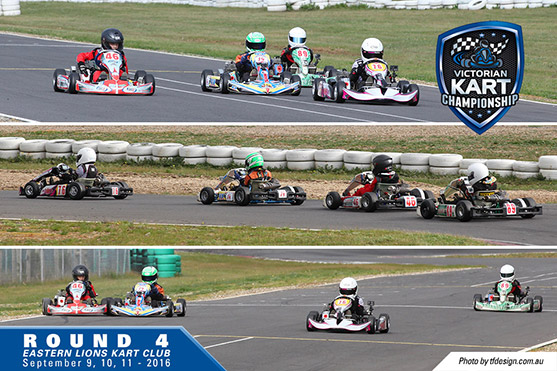 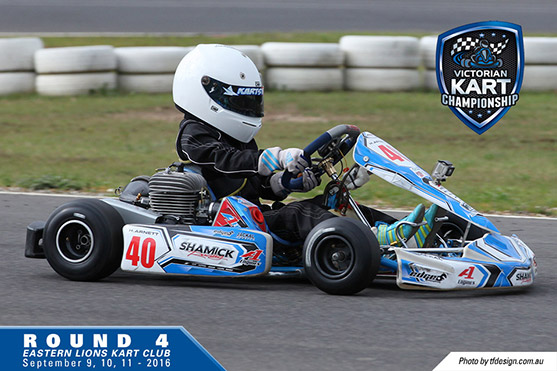 Pre Final
At the start the second row of the grid got a great jump on the front row of drivers resulting in Dominic Attard taking the lead going into turn 1. In what turned out to be one of the best races of the day 5 drivers were continually in contention for the race win with many 3 wide moments heading down the main straight and at the finish line if would be Toby Dvorak taking the win by .082 of a second from Fraser Carr who was only .001 of a second clear of Harry Arnett who finished 3rd ahead of Aryton Filippi who was .3 of a second behind the leader with Ruby Gibson only 4 tenths of a second behind the leader at the finish. 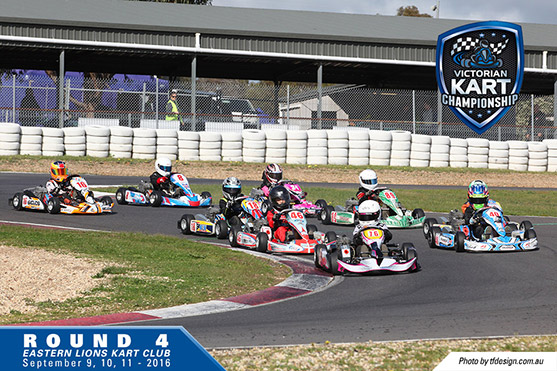 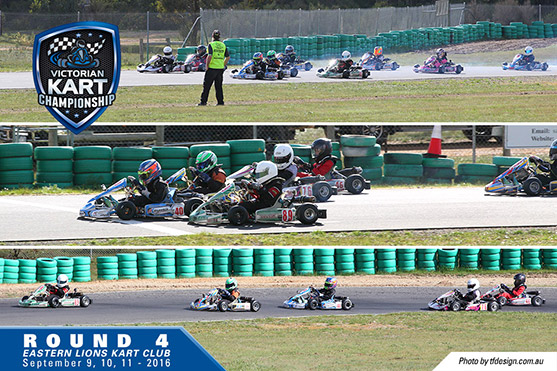 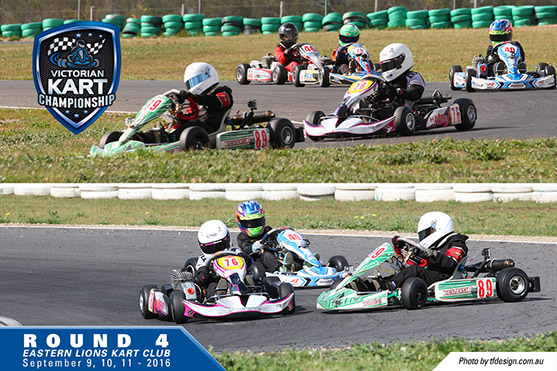 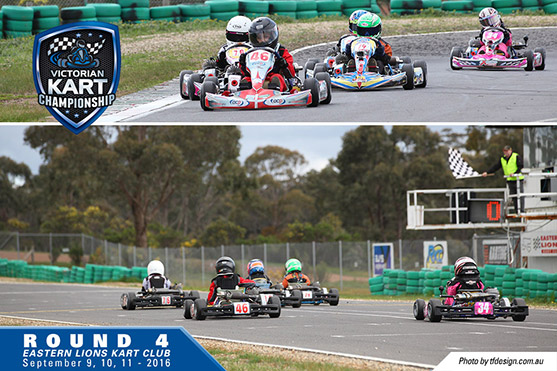 The final again would see another classic race between the front runners with Dominic Attard taking victory by less than a second from Toby Dvorak, Fraser Carr, Harry Arnett and Ayrton Filippi. 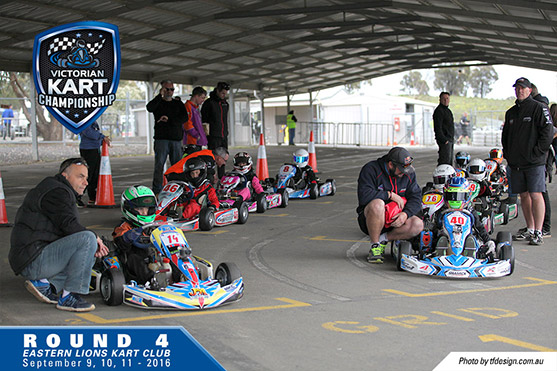 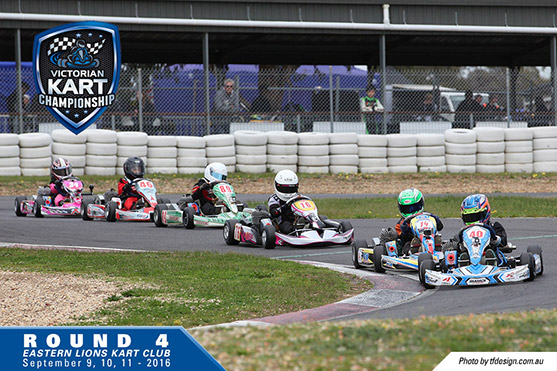 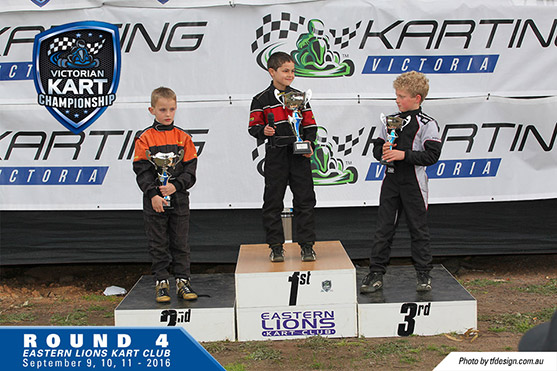 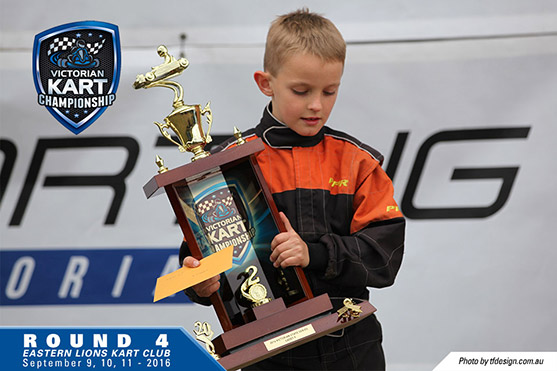 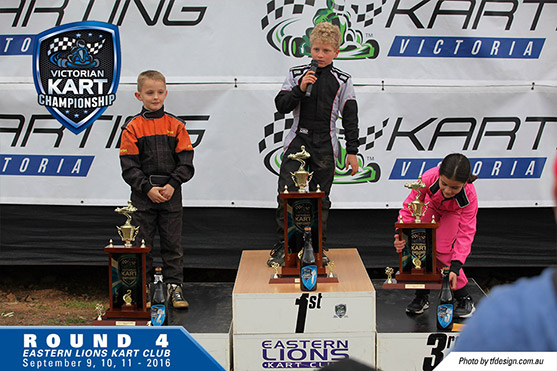 Toby Dvorak, Fraser Carr and Ruby Gibson receive their trophies and give their thanks to everyone that helped them for their great result in the 2016 Victorian Kart Championship Cadet 9 class 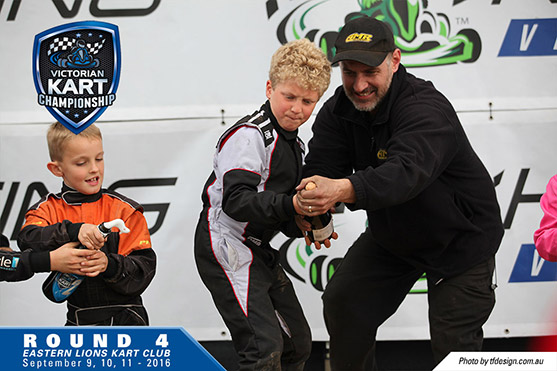 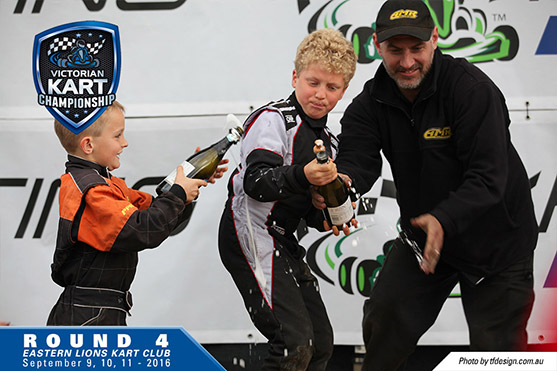 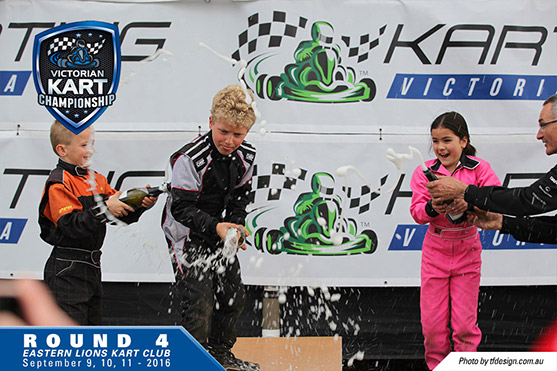 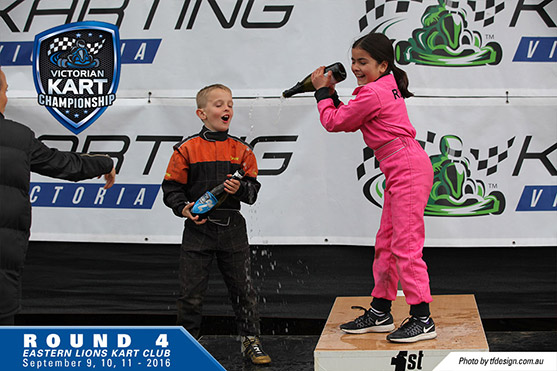 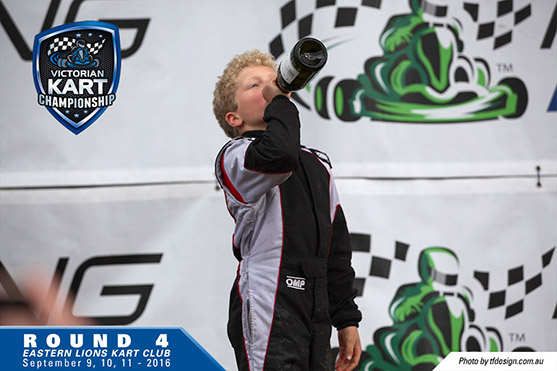 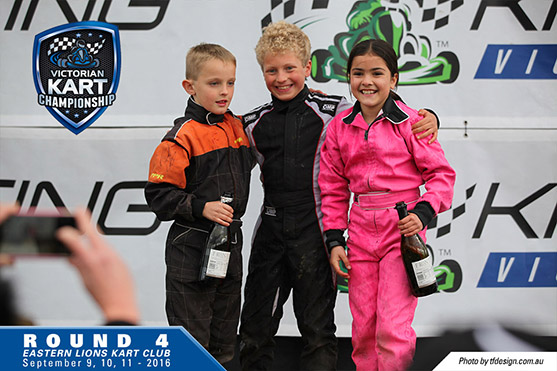