Kobi Williams took a 21 point lead in the championship into the weekend ahead of Fletcher Harris with Kai Allen a further 19 point behind in 3rd.

Heat 1
Would see a great battle for the lead between Kai Allen, Kobi Williams and James Wharton nose to tail for the whole race, Williams suffering a DNF on the last lap. 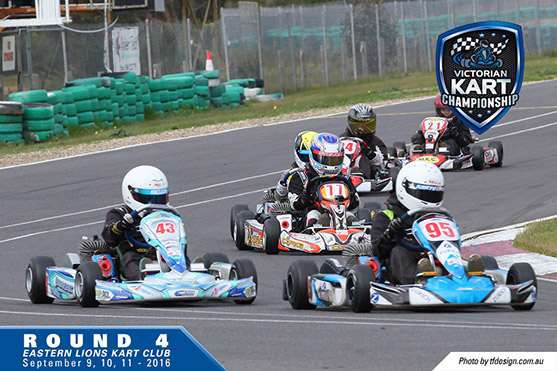 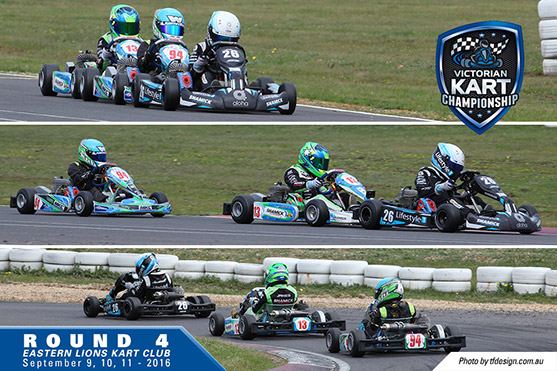 Heat 2
In heat 2 James Wharton was able to hold off the threat fro
m Fletcher Harris who took second place by 1 tenth of a second over Williams who was a tenth ahead of Allen and #80 Nicholas Sacco driving well to come home 5th and in reach of the leaders. 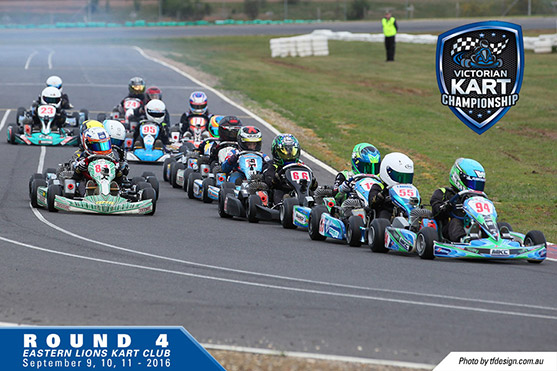 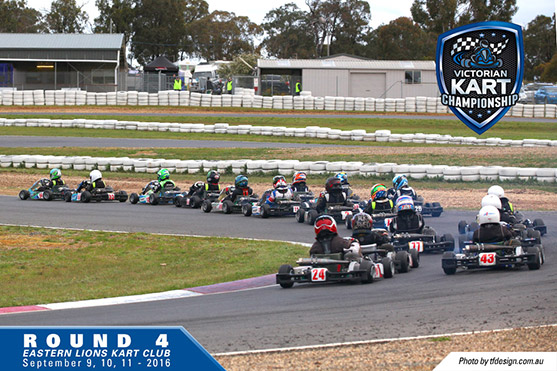 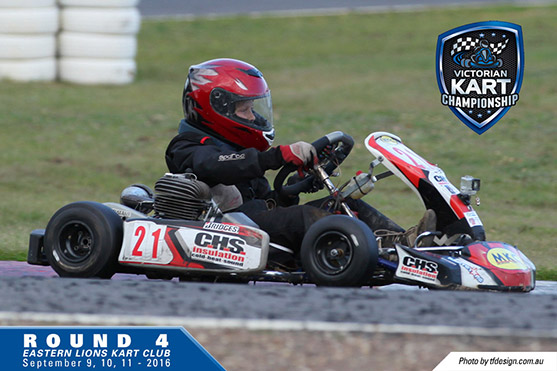 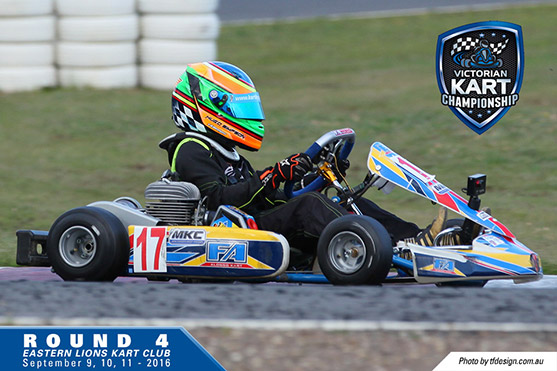 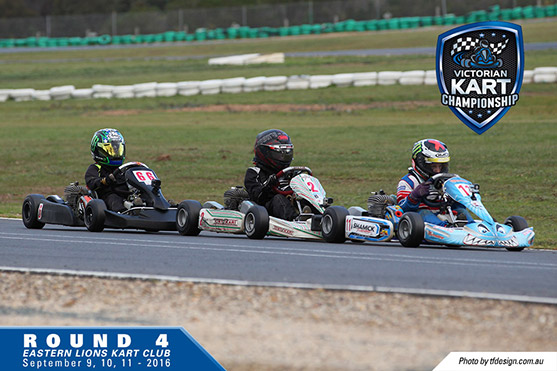 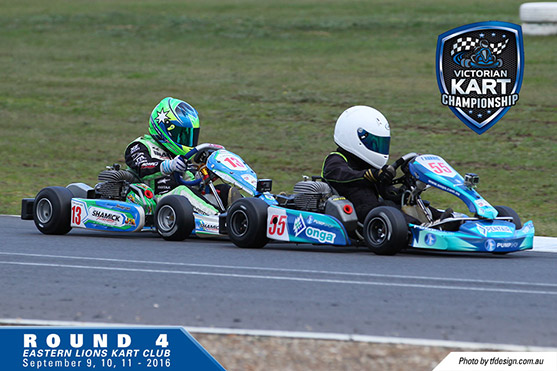 Pre Final
On lap 2 of the pre final Wharton had a big moment coming out of turn 1 putting a tyre on the dirt and allowing the trailing drivers to catch right onto his tail. Kai Allen then took over the lead mid race until Fletcher Harris had his turn running at the front. Wharton did not give up however and was able to retake the lead from Allen under brakes heading into the last right hand corner and going on to win from Allen by under 1 tenth of a second, with Harris a second behind in 3rd and Kobi Williams not having a great run down in 9th. 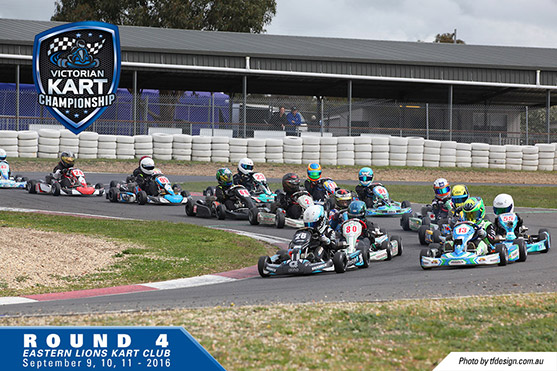 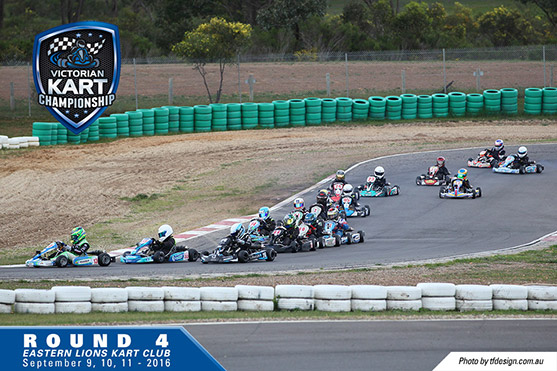 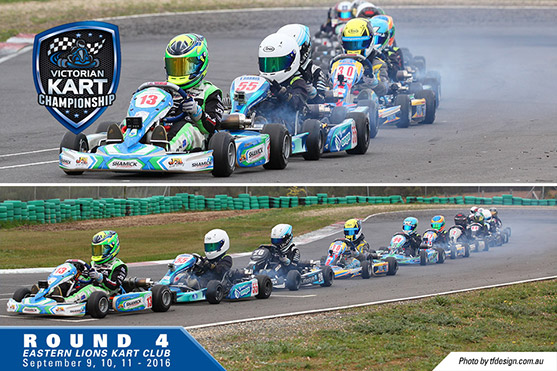 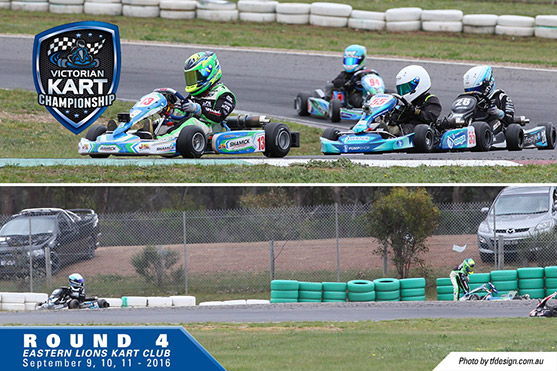 It was a great battle for the lead between #13 James Wharton, #55 Fletcher Harris, #26 Kai Aleen and #94 Kobi Williams, with Allen and Wharton coming together at turn 1 in the closing laps

With Harris having a clean run in all 3 previous heats and Williams suffering some bad luck the championship points would have been close heading into the final race.

On lap 4 of the final an incident involving #11 Massimo Capitanio and #80 Nicholas Sacco brought out the red flag bunching the field up again for a single file restart with the race reduced to 13 laps.

On the restart Wharton lead away Harris and Allen with Jobe Stewart in 34th and Williams back in 5th.

Allen was on the charge taking over 2nd place and then briefly into the lead only for Wharton to take it straight back. On the next lap Harris and Allen got by Wharton only for Allen and Wharton to over take Harris and then on lap 6 heading into turn one Wharton and Allen had a coming together with Wharton suffering a DNF in the sand trap. This left the championship contenders in Harris and Williams to fight it out for the title, Williams getting into the lead with 4 laps to go only to have Harris get back in front the following lap. Williams gave it one last try pulling out of the draft has they headed to the checkered flag but it was Harris who held off to take the win by 0.049 of a second ahead of Williams, with this one position and time difference being the decider in the championship. 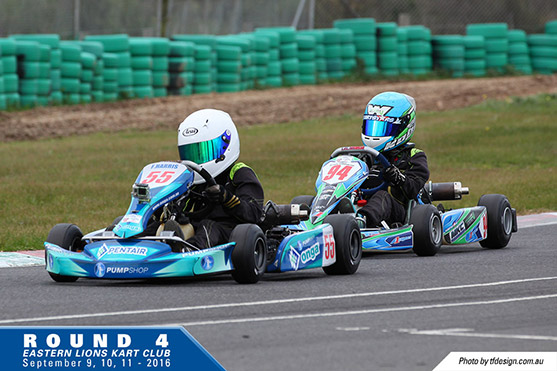 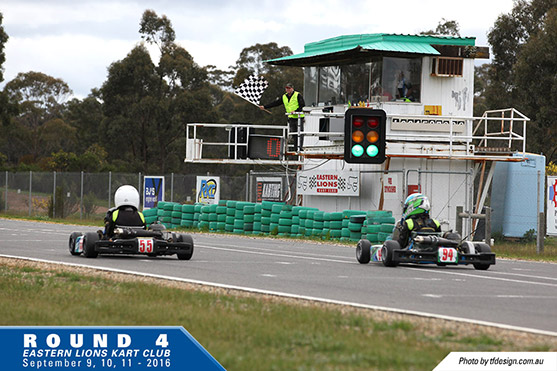 The moment that decided the Cadet 12 championship, this is it whoever gets to the line first is state champion. #55 Fletcher Harris crosses the line .049 of a second ahead of #94 Kobi Williams to clinch the championship by a single point. 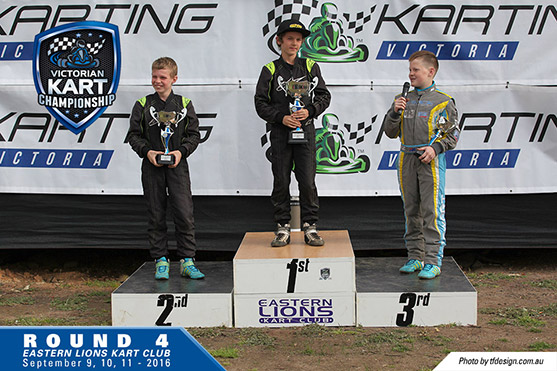 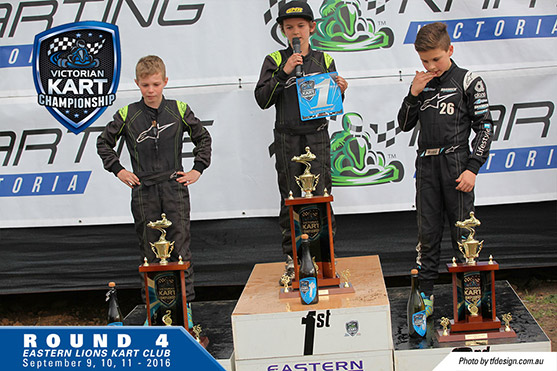 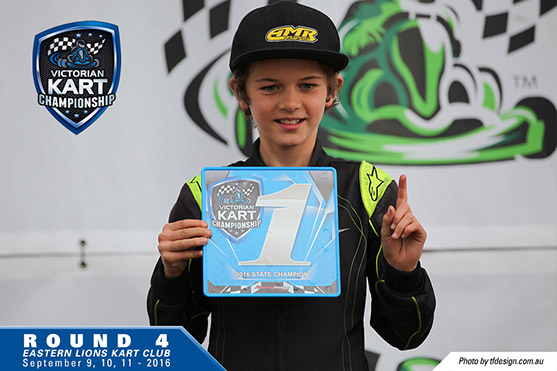 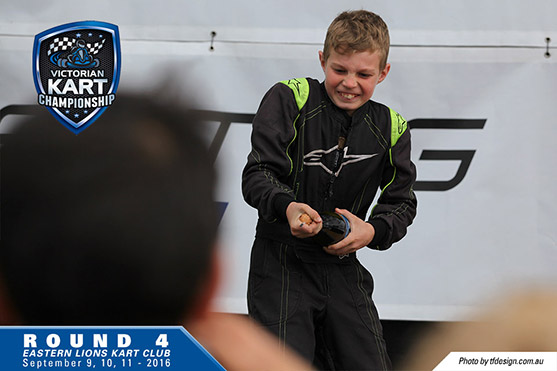 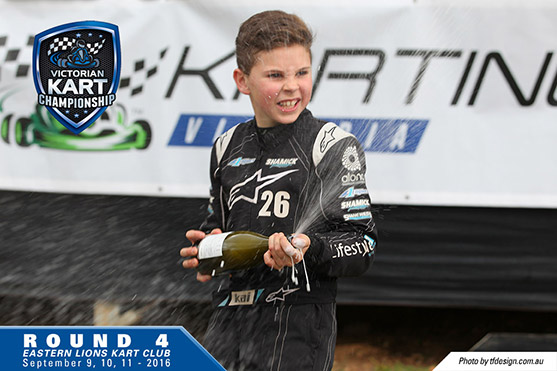 Kai Allen celebrates his third position in the Cadet 12 class 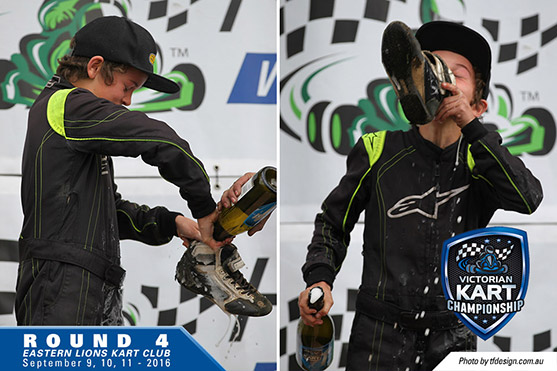 Fletcher Harris goes Daniel Ricciardo shoey style and celebrates his Cadet 12 State Championship win by drinking the sweet taste of success from his own boot!