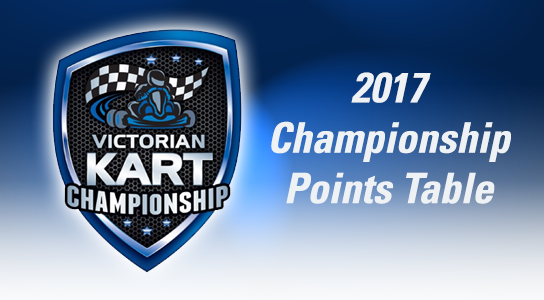 The points table after Round 2 of this years 2017 Victorian Kart Championship for all classes is now available from the link below.

Congratulations to all of the new Victorian State Kart Champions and new blue plate holders!

More coverage from Round 2 of the championship to follow in the coming days.

Daniel Ricciardo started karting at the age of nine, as a member of the Tiger Kart Club (TKC) in WA.