2017 Victorian Karters Of The Year Crowned At Taylors Lakes

This years Karting Victoria presentation night was held at the Quality Hotel Taylors Lakes on Saturday night (Dec 9th), with over 160 karters, officials, friends and family coming together to celebrate the end of the racing year.

The traditional Victorian Karters Of The Year Awards were presented to drivers in the Cadet 9, Cadet 12, Junior and Senior categories, along with trophy presentations for this years 2017 Golden Power Series. 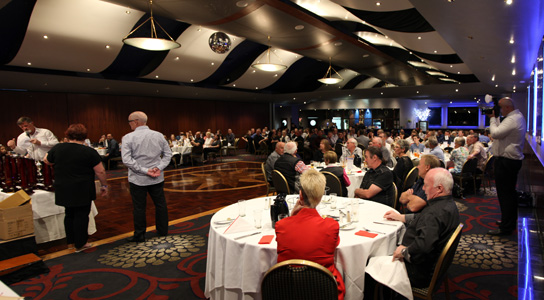 One of the longest serving race officials and stewards Sylvia Stania was recognised for her over 25+ years of service that she provided to the sport, with Sylvia stepping back from her duties as co-ordinator of stewards in 2018.

Karting Victoria administrator Pam Arnett was also recognised along with Sylvia for all of her hard work this year. 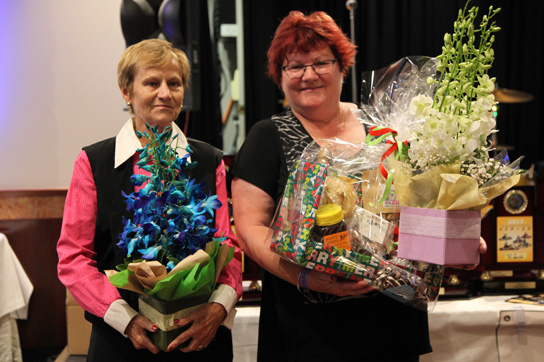 Silvia Stania and Pam Arnett are recognised for their tireless work

At the conclusion of each race meeting on the Karting Victoria calendar the race officials on the day get together to vote upon who they thought was the best drivers on the day and at the end of the year those votes are counted which then goes to deciding who will be awarded the Victorian Karter Of The Year in each of the 4 categories.

Rusty would like to thank Shane and Craig at Shamick Racing Team, Mark from Anarchy Kartsport for awesome motors and data, J mac from Immaculate Image Solutions for all the stickers, Ben at Pace for all the photos and Mum, Dad and Beau for their support.

Rusty had a great year first full year of racing after coming into the sport through the Junior Sprockets program, with Rusty becoming the Austrans Victorian Country Series Champion (4 wins), had a victory at state level at Round 1 of the Victorian Kart Championships at Eastern Lions and 3rd overall in the championship, 2nd at the City of Melbourne Titles, 2nd at Junior Sprint Classic at ELKC, 2nd at the Junior Challenge at Geelong, 3rd at Junior Top Guns Night 1, 1st at Golden Power Series Round at ELKC and 5th at the Australian Kart Championship Round at GKCV Todd Rd.

Rusty’s name now goes into the history books along with Dunlop Super 2 Supercar drivers Jack Le Brocq and Jordan Boys who were past recipients of the award. 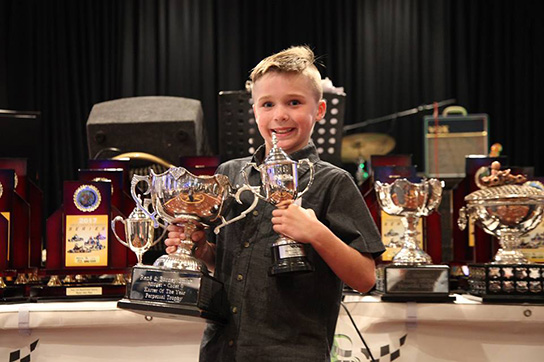 Will would like to thank Grant, Jason and Adam Lindstrom from Pro Karting, Adam Fletcher from Haase Karts Australia, sponsor Prostream Australia and mechanics father Luke and poppy Noel also pictured in the photo.

It was a big year for Will, Noel and Luke with Will victorious in the Austrans Country Series, Junior Sprint Classic, Tasmanian State Championships while recently making his international racing debut over in Las Vegas at the SuperKartsUSA Nationals.

Will’s name now goes down in the history books with the likes of Supercar drivers Jamie Whincup, Tony D’Alberto and Cameron Waters who were all previous recipients of the award. 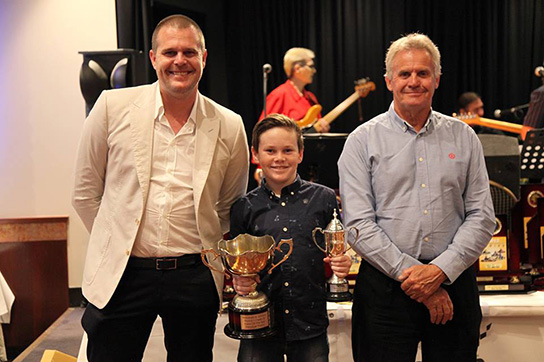 Will Harper was awarded the 2017 Cadet 12 Victorian Karter Of The Year award, pictured here with father Luke and poppy Noel

Samuel and Corey both had outstanding seasons in the Junior classes with Samuel taking out victory in the Golden Power Series championship (4 wins) in KA3 Junior and Corey winning the SA State Cup and Geelong Junior Challenge in KA3 Junior and North West Titles in KA4.

Samuel’s and Corey’s names now go down in the history books along with the likes of Supercar drivers Jamie Whincup, David Reynolds, Anton De Pasquale, Alex Davison who were all past recipients of the award. 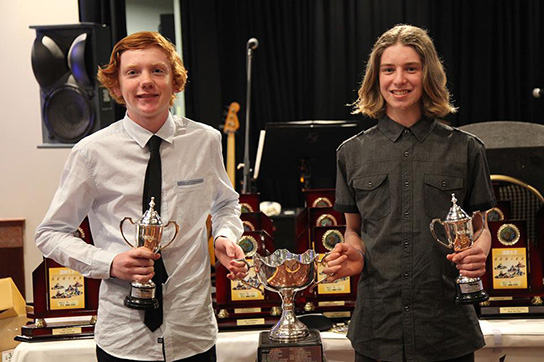 Gerry would like to thank Central Vic Karts and Parts and the “magic man” his old man Jeff Westerveld for all his help this year.

Gerry had a fantastic year winning in the TaG 125 Restricted Light class including victories at the City of Melbourne Titles, Golden Power Series and Austrans Victorian Country Series championships.

Gerry’s name now goes down into the history books along with the likes of Dunlop Super 2 Supercar driver and Australian GT Champion Richard Muscat and newly crowned world Rotax Karting Champion Troy Woolston, along with a whole host of past Australian national karting champions. 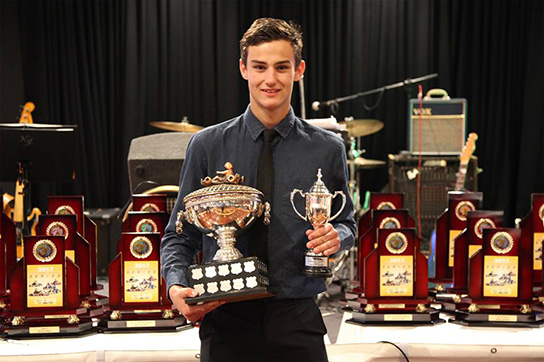 Gerry Westerveld was awarded the 2017 Victorian Senior Karter Of The Year award. (Photos by Tim Francis)

A big thankyou to Ben from Pace Images for attending so many of the regional meetings this year and producing so much excellent work that allowed us to report on and cover so many of the race meetings around the state. Checkout all of the photos from the 2017 Karting Victoria Presentations night held at the Taylors Lakes Hotel by Ben below.

Thankyou to everyone that attended the night and to karting icon Glenn Chadwick’s band for providing some great tunes throughout the evening!

We hope you enjoyed the evening and hope everyone has a festive and safe Christmas break and we looking forward to seeing everyone in 2018.